1月13日正值电视剧《庆余年》收官之际，演员张若昀发长文与角色范闲做告别。张若昀坦言，“范闲活成了我想活成的样子，回想那几年演过范闲，我会觉得自己要想办法对得起自己，活出风采，不然我会羞愧。”
张若昀英文介绍
Zhang Ruo Yun is a Chinese actor. Born on August 24, 1988, he made his acting debut in the 2004 television drama “The Sea’s Promise” and then gained fame after his roles in “Snow Leopard” (2010) and “Black Fox” (2011). He won the Outstanding Actor award for his role in “New Snow Leopard” (2014) and Most Popular Actor for his role in “Sparrow” (2016) at the China TV Drama Awards. Other popular television dramas that Zhang Ruo Yun has appeared in include “Fifteen Years of Waiting for Migratory Birds” (2016) and “Medical Examiner Dr. Qin” (2016). 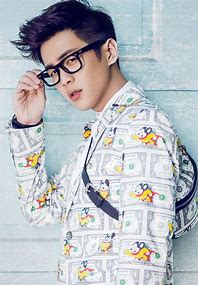 Chinese actor Zhang Ruoyun, 31, is no stranger to the world of acting. Although he took on his first role 15 years ago, people have only recently taken notice of his excellent acting skills. His latest role is the main character of the popular TV series, Joy of Life. Zhang’s character lives in ancient times, but has modern thoughts and views. This dilemma causes some situational problems.
31岁的中国演员张若昀在演艺圈已经不是新人了。尽管15年前他就出演了第一个角色，但人们近期才开始注意到他出色的演技。他最新的角色是热门电视剧《庆余年》的主角。张若昀所扮演的角色虽然生活在古代，但却有着现代人的思维和观念。这种困境为身处于那个时代的他带来了一些麻烦。

Although Zhang is very good at acting, he isn’t just a one-trick pony. He is also interested in cooking and extreme sports. What is most impressive, though, is his English. In 2019, Zhang went on the dubbing show, The Sound. His pronunciation skills shocked and impressed audiences. Through his many hobbies, Zhang has shown that it is important to keep pushing yourself to be the best you can be and to always try new things.
尽管张若昀擅长演戏，但他并非只有一技之长。他还对厨艺和极限运动感兴趣。而最令人印象深刻的是他的英语。2019年，张若昀参加了配音节目《声临其境》。他的发音惊艳了观众。张若昀用他的种种爱好证明了这一点：不断努力成为最好的自己，不断尝试新事物，这十分重要。